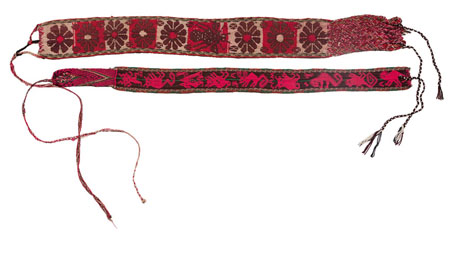 CASHMERE | The fl eece of goats in Tibet and Ladakh has always produced an exceptionally fi ne yarn called pashm, but for centuries it was only spun and woven in the city of Srinigar in Kashmir from which comes the name of the cloth, as it is internationally known. This was the case, despite the great distance and very diffi cult route involved. The 17th century Treaty of Tingmosgang made offi cial the near monopoly of Kashmir merchants which allowed them to pay “a most miserable price” to the nomadic goat herders.” Those who carried the fl eece had a worse time, underpaid for carrying 55 Kilo loads over a period of 3 weeks over steep tracks slippery with ice. “Many of the men who go from Kashmir to fetch loads of wool, lose their lives or are crippled for ever,” noted the Jesuit priest Ippolito Desideri in 1715. Meanwhile as an early lesson in ‘value-added’, the wool itself increased 13 times its original cost in the hands of merchants and factors. Kashmir changed rulers from different empires over the centuries, including, in the 16th century, that textile connoisseur, the Mughal Emperor Akhbar who encouraged the weaving tradition. During his rule he ordered experiments in dyeing so that soon 64 fast colours could be dyed. What all the different rulers had in common was to keep a grip on the business of spinning and then weaving the twill tapestry shawls that were known internationally for their brilliance of colour and design as well as their softness. Many different specialists were involved in making the shawls including designers, design copiers, and warp yarn threaders, but the weavers themselves also had a miserable time of it, “often little better than bonded labour, bound by debt and poverty to their masters and subject to oppressive laws and taxes.” By age 50 they were either blind or dead from respiratory infections. When, in 1865, during Srinigar’s fi nal 19th century boom, and the business had become completely dominated by fi nanciers, they demonstrated against these conditions. In response the Maharaja of Kashmir had them shot or imprisoned.

The shawls became known in Europe through the ubiquitous East India Company and techniques studied by Western travellers like William Moorcroft, their curiosity transmuted into gentlemanly industrial espionage. By the time the weavers were being shot in Kashmir, imitations of the shawl using both wool, silk and cotton were being industrially produced in France and Scotland; the yarn itself was also being imported by James Johnston of Elgin, Scotland, to make “Superior Cashmere tweed”, a company which developed a mechanical means of de-hairing and cleaning the wool; and soon afterwards the Western fashion for the fabulously expensive authentic shawl that involved so much skill and labour-time, was over. The fi rm of Dawson, also based in Scotland became the biggest purchaser and processer of the fabric, supplying fashion houses, while another Scottish fi rm, Pringles of Hawick pioneered the uses of cashmere for knitted hosiery and in 1933 introduced its famous sweater and twin-set.

With cashmere, the usual historical ironies of cloth and colonialism apply. The authentic shawl from real pashm has made a comeback for the new rich of an ultra-inegalitarian India where it was always more than a passing fashion as it had become in the West by the end of the 19th century. At the same time knitted yarn for scarves and sweaters has become a huge business, and it is China with its own goats and those of occupied Tibet, which is the dominant force rather than far-distant Scotland. From the time of the Revolution in 1949 up to 2004, due both to Western demand and Chinese migration policies, there has been a 10 times increase in the number of goats both in territory it controls, and in Mongolia where the numbers are ‘breaching the limits of sustainability.’ From 1980 China quickly learned the secret of processing the yarn, with Dawson overtaken, and also began to produce cashmere sweaters, with some 10 million exported to the USA in 2005, a ‘downmarket’ product in which pashma was mixed with other goat-based yarns. As with other sectors however it has begun to develop luxury-end cashmere as well as the mass product. As icing on the irony cake, Pringle is now owned by a Hong Kong company selling ‘Made in Scotland’ labelled cashmere to the new rich of China itself.

0803 | 4 months after the 1905 Tsarist massacre in of unarmed protesters in St Petersburg a strike was called on May 14th in the textile area of Russia, Ivanova, nicknamed ‘cotton kingdom’. By this time, since the introduction of power looms, women had come to be numerically dominant in the industry. They had been involved in the Lazerev textile factory strike in Moscow in 1874 and at the Petrograd New Cotton Spinning Plant in 1878. This time, within days of the strike, support from all the area’s workers lead to the creation of the fi rst ever ‘soviet’ (a model of self-organisation of workers) on May 28th. Demands included shorter hours, better minimum pay, paid maternity leave, factory nurseries and freedom of association. On June 3rd soldiers disrupting a strike meeting opened fi re, killing 28 workers in the process. The strike still held out, demands were won, and it was the greatest strike in Russian history in terms of hours lost, well over a million. Some months later however, the state took revenge and launched a pogrom against workers’ leaders and Jews. In 1915 more workers were killed during a strike. But textile workers continued to be at the centre of struggles over working conditions, and for political change. So it was that in the vital period early in 1917 on International Women’s Day March 8th (23rd February on the old Russian calendar) – a Day Clara Zetkin had called for some years earlier at a meeting of International women socialists – women textile workers did a walk-out in Petrograd which prompted a city-wide strike that was directly instrumental in bringing about the fall of the Tsarist state.> 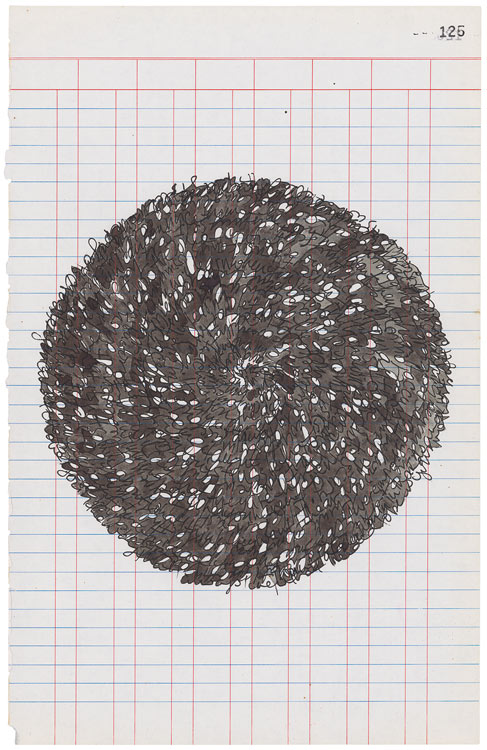 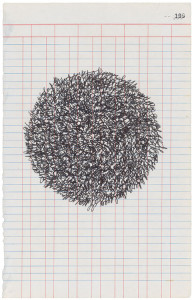 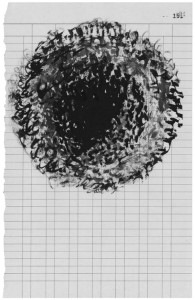