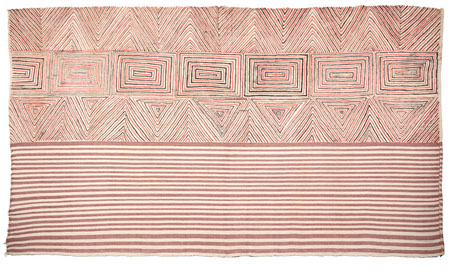 Crinoline | Starting in Britain and France in the early 19th century as a fabric with a weft of horse-hair and a warp of cotton or linen, crinoline soon came to mean a stiffened petticoat starched for extra stiffness or a rigid, ‘hooped’ skirt. It was an excuse to show off as much material, as possible, including the new machine-made lace, especially for the new class made rich by a variety of such textile production innovations. “Their wealth and position had to be obviously eye-catchingly displayed so that they could not possibly be overlooked. The swelling hoops of the crinolines were inflations of their egos, and their skirts became ever more ostentatiously enlarged until ladies had to be warned if she suffers much from the comments of vulgar little boys it would be better, in a high wind, to remain at home.”

By the late 1860s it more or less disappears, and one can see this may be on the wane with a ‘satirical’ piece in the Manchester Guardian of 16th October 1861. Arguing that “it is responsible for more deaths than any other fashion ever caused” a contemporary writes, “During these five years we have done our best to be patient under an evil we had hoped would be short-lived. We had no comfort in social meetings, because no dinner table and no ballroom, no box or stall at the theatre, no carriage and no boat, could accommodate both our families and ourselves…For five years we have not had room to move in ourselves round in our own homes…Worse, the craze has spread to servants; what dangers that presents…The cook could not pursue her business without incessant personal danger; the housemaid may meet the fate of other housemaids and be burned to death upon the hearth; and the nursemaid is more likely than not to push one of the children off the footbridge. Besides death by fire, there have been many by crushing under carriage wheels and in machinery…there have been drowning, wounds, crushings, burning.”

But if the fashion for these hooped skirts with their yards of material in the metropolis was dying out, at the same time the fashion reached the colonies always, at this time, behind the fashion curve. This was especially the case when the diamond mines opened in Kimberly. For a brief period African miners were paid better than many in Europe and both men and women spent on clothes. This outraged Lutheran missionaries, all for Africans to be dressed rather than naked but not as they wanted in ‘immoderate extravagance’ which for women took the form of crinoline. The Rev. Grüneberger in Pretoria preached about the misuses of crinoline in 1875, which he said was unfortunately spreading among black people. One woman, threatened with its prohibition said she would convert to the English church where they didn’t care about such things.

This was intolerable and in the gloating voice of a lynch mob the Reverend wrote, “So I had to take tough action. I went with two elders from house to house, starting off with the very reluctant woman and we confiscated all crinoline to burn them to death before their eyes with the others joyfully laughing.”

1851 | Isaac Singer is granted USA patent 8294 for a sewing machine, which he had developed from an existent Leouw and Blodgett version. This type had been difficult to use and Singer’s innovations had been to make the shuttle move in a straight line rather than in a circle, and the use of a straight rather than curved needle. There had been previous attempts starting with Thomas Saint in England, Joseph Hadersperger in Austria in 1814, and Barthelemy Thimonnier in France who around 1830 had made a machine that could do straight seams with chain stitches. By 1841 Thimonnier had 80 machines working to produce uniforms for the French army, but these were destroyed by rioting tailors seeing themselves put out of work. Meanwhile in the USA, Walter Hunt had invented an eye pointed needle machine in 1834, but did not apply for a patent as he feared it would create unemployment, but Elias Howe adapted it and did obtain a patent. That was in 1846, and though his machine was different, in that it used a crank rather than a treadle, and its needle moved sideways, he was successful in getting royalties from Singer and the ‘patent pool’ Singer had created with others in 1854. But it was Singer, and the company he created, who made the sewing machine a worldwide tool both for industry and home working. Despite some technical developments it remains the template of the machine which hundreds of thousands of factory workers, with the longest hours and lowest wages worldwide, continue to use and be used by. With further heavy investment, the Singer company introduced a machine for domestic work. This had a massive impact on ‘homeworking’ by women who, despite them owning this ‘means of production’, have always experienced the highest levels of exploitation in the textile industry.

The success of Singer was partly built on making machines available on an instalment payment plan, and by its concentrating on marketing and support services. Its innovation in this sphere was the creation of a brand identity. By 1913 it was the 7th largest company in the world; it sold 90% of all family machines in Europe, Asia, Africa and Australasia and had sales of two and a half million sewing machines per annum. This success however was also built on an intensity of labour in its factory in Glasgow where 10,000 machines a week were being produced by a workforce of 5000. In 1911, it employed 12,000 and, using Taylorist methods of de-skilling and time-and-motion, along with a ban on Trade Unions, made workers labour still faster. In that year they provoked a strike when three ‘defect repairers’ were taken off a team in the cabinet polishing department so that 12 women would have to do the work of 15 with no increase in pay. They walked off the job and by the end of the day nearly the entire workforce had walked out, overcoming divisions of gender, skill and religious sectarianism. The company went on the offensive by closing the works and making the now familiar threat of moving production elsewhere. In the end the strike was defeated and its ‘leaders’ blacklisted.