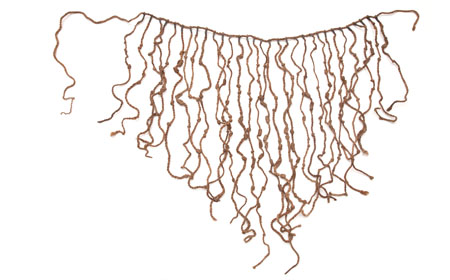 Lace | In the comprehensive English sumptuary laws of 1482 saying who could wear what, there is no mention of lace which only became fashionable in the mid 16th century when a law did then limit the use of expensive needle lace, then called ‘cutworks’. At this time it was made with silk or linen and could also incorporate gold and silver thread. The fashion featured lace handkerchiefs and heavily starched ruffs, huge ones for necks and wrists. At the Diet of Blois when the French States General met to discuss the problem of infl ation, blaming shipments of gold from the Americas, King Henri III blithely attended wearing 4000 yards of gold lace on what must have been a very heavy suit. In the middle of the 18th century that these kind of excesses give way to a simpler style, but the demand slack was taken up in the Americas, “an outlet for lace designs no longer in fashion and otherwise unsellable on the Continent.” The de Ullao brothers travelling 1735—44 commented on clothing in Lima “In the choice of laces, the women carry their taste to prodigious excess, nor is this an emulation confi ned to persons of quality, but has spread through all ranks, except to the lowest class of Negroes…These laces must be all of Flanders manufacture, no woman of rank condescending to look on any other.“ And a few years later in 1751 Don Gerónimo de Uztáriz observed that “many families have been ruined by the great quantities of fi ne lace and gold stuffs they purchased of foreign manufacture, by which means Spanish America is drained of many millions of dollars.” This led to controls on the import of lace trimmings especially on Indigenous women who instead, succeeded in weaving lace patterns, ‘motifs’ in their mantles, who were otherwise forbidden to attach more than a specifi ed quantity in their garments.

In the early part of the 19th century inventions like that of John Heathcoat enabled the use of cotton for lace-making and more sophisticated machine- made lace so that its overuse returned from the Americas to Europe. In recent times such indulgence has been taken up by the rich of Nigeria. Up until 30 years ago, quality lace was being manufactured by Kano textile mills in the country, but has since declined, largely to the benefi t of the Austrian textile industry of Vorarlberg where some 50 million Euros are spent every year. Ironically this really took off when a 1980s ban on such imports was in force. Much of the lace is used for ceremonies like weddings, but the Austrian manufacturers are aiming for a bigger market, and have sent their own designers to study Nigerian street fashion. Now they have started to use young Nigerian designers, saying: “We know that we have to adapt to the changes and modernization taking place among the Nigerian buyers. Lace is seen as traditional and old fashioned, which is why we are now altering the perception by bringing these wonderful fabrics into the homes of the younger and more modern fashion crowd.” Meanwhile in Austria, the Nigerian ambassador pleads for Nigerian cotton to be used in the making of lace while each new design is copied, reaching Chinese manufacturers via India within a week of their appearance.

1971 | When Salvador Allende became the President in 1970, the country’s textile industry was in the hands of a largely Arab-owned oligopoly with limited competition, and a management history that mixed paternalism with repression. The most important was the Yarur mill, which had been established in 1936 and was part of a group controlled by Amador Yarur, which included chemical and food manufacturing and the Banco Credito e Invesiones. The US Chase Manhattan Bank held much of its stock. The mill dominated cheaper cotton textile production for mass consumption. It developed a system of supervision and control through a strategy of favouritism and informing. Disloyalty meant harassment, suspension or dismissal. No talk of Trade Unions or national politics was allowed. Some times violence had been used as when the personnel manager ran over strikers in his car in 1963, and factory guards had shot at strikers. All this followed actions in 1962 against the enforcement of the crudest Taylorist factory discipline.

The Allende government’s policy was one of limited nationalization, the limits prescribed as the “Area of Social Property”. The Yarur mill was not included, but in April 1971, and infl uenced by events at another mill where scabs had been hired and workers beaten by goon squads and by the repressive atmosphere at Yarur, the workers peacefully took over the plant. The government was embarrassed by the factory seizure, which was strictly a worker initiative, and not part of its nationalisation plan, but after three days, they legitimized it. It has been suggested that this was easier to do because the textile sector was Arab- owned, but the takeover took place in a period of wider confrontation; of capital fl ight and economic sabotage by those who hated the Allende government. What stands out however is both the sustained policy of non-violence and the level of organisation of the textile workers. On the one hand worker participation in management had both an advisory and decision-making function while, almost uniquely in such a self-management enterprise, the independence of the union was maintained. In the event the feeling of workers in this situation was that now they could work “tranquilly”.

In 1972 they mobilized to defend the factory using only sharpened sticks rather than guns and bombs after another Yarur factory had been burned down by anti-government forces determined to sabotage this dangerous precedent of worker self-management. During August 1973 a truck belonging to the company—now named the ex-Yarur—was fi re bombed. Their response was to take an undamaged truck into the city with fashions designed by the workers and a sign saying “Here is the work of the workers”, and placed the damaged truck next to it with a sign saying, “Here is the work of the fascists”. Soon afterwards, on the day of the notorious, violent Pinochet coup d’etat, the workers at Yayur decided that to defend their factory, full of infl ammable cotton, was suicidal. The decision, in the democratic spirit of the worker-controlled plant, was made by its last general assembly 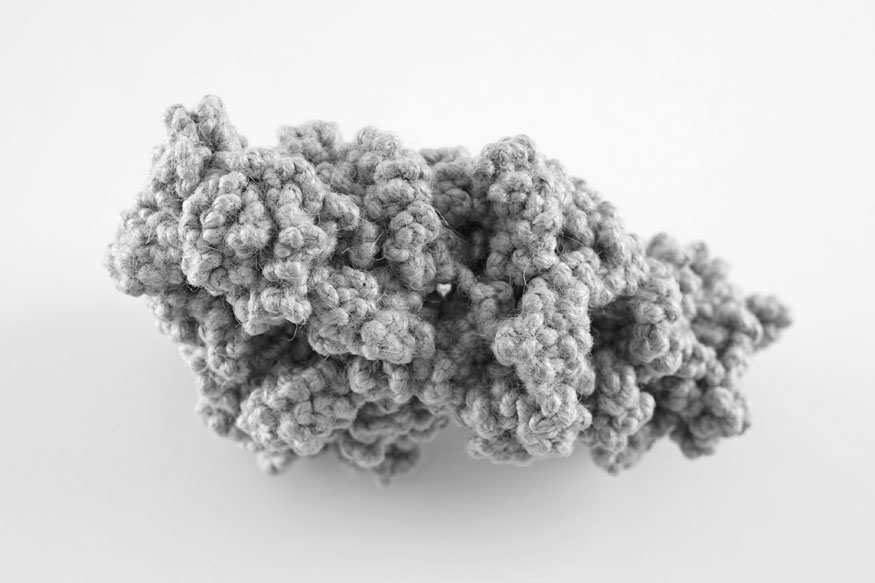