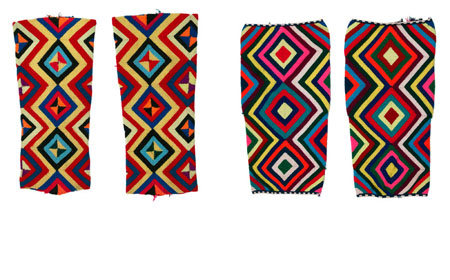 PAISLEY | By 1870 Paisley, an industrial town in Scotland, was “not only synonymous with shawls but even – in a shameless misappropriation of Intellectual Property – with the quintessential motif of shawl design, the buteh, developed thousands of miles away in the ateliers of the Kashmiri designers” of the authentic ‘cashmere’ shawls. Buteh with its origins in Mughal-style fl owering plant motif that had developed into a fl owing, abstract scroll, was appropriated after technological developments in Europe could make use of production process information provided by European travellers in Kashmir. These developments made it possible to make ‘cashmere’ shawls using both merino sheep wool and cotton rather than cashmere itself and, as scarf or shawl, became a mass-market item. As early as 1832 the fashion-conscious in Kandahar were wearing British imitation shawls as sashes.

The technological developments that made it possible were the Jacquard loom and also methods of dyeing and the large-scale printing of cloth, both of cotton and merino sheep wool. Both originated in France and it continued to set the pace in design. The Jacquard loom with its set of punched cards allowed for the weaver to be his own designer – though designers as such also existed – but also changed the production equation because a simple set of cards “ refl ecting the design of one quarter of the shawl could be fl ipped horizontally and vertically to produce mirror-images of the design on the other three parts” At around the same time, at the start of the 19th century and also in France, Daniel Coechlin of the company Nicolas Coechlin et frères had worked out how to use chrome yellow (lead chromate) to etch madder-dyed cloth for the fi rst Cashmere shawl and scarf imitations called merinos, or yellow-red merinos. He also got the designer L-J Malaine to move from Paris to Mulhouse to create many versions of the basic buteh pattern.

Paisley itself got on the bandwagon relatively late in the early part of the 19th century after its silk-weaving industry went into crisis when the Napoleonic wars cut off supplies of silk, and then only as a result of the outsourcing of production by shawl makers in Edinburgh. The adoption of the Jacquard loom saw the creation of larger mills and by 1850 there were some 7000 weavers in the town, but the secret of Paisley’s success was the same as the accusation thrown at East Asian countries in our own times, they copied and took none of the risk that creating new designs might involve. They copied from Kashmir itself but most of all from Paris to which they sent representatives every year to buy new designs or sent their own artists to do apprenticeships there. The decline of the business occurred around 1880 at the same time demand for the authentic shawl from Kashmir collapsed, and in a not unfamiliar quirk only became synonymous with the buteh pattern after this decline in shawls was underway.

2007 | The USA Senate ratifi es a free-trade agreement with Peru, negotiations for which had been started in 2005. Warnings were made that this would have devastating impact on Peruvian cotton farmers, whose pima cotton had a long history as among the very best, and whose genetic make-up had been copied at the start of the 20th century the by USA ‘s agricultural service for general use there. It was pointed out that the 25,000 US cotton farmers received approximately $3.5 billion in subsidies after a further increase in the 2002 Farm Bill, while 28,000 Peruvian farmers receive no subsidies. Further, that under a trade preference deal tied to coca eradication (despite its being legal within the country), although Andean textiles could enter US markets, this was only if they were made mainly from US cotton. The warnings that the trade deal would decimate Peruvian cotton farming were not taken into account, and the results predictable. Annual production of Peruvian had been around 90,000 metric tonnes in 2007. By 2010 it had fallen to 22,000, that is, to a quarter of what it had been. In 2011 there is talk of it rising again to 38,000 tonnes, but this is only because the rainy season is late and farmers have switched to it temporarily from rice and corn. The usual rationalisations for this devastation have been made, the small size of farms, ‘ineffi ciency’, and so forth, with no mention of those US subsidies. 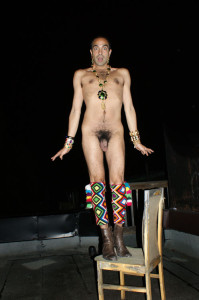