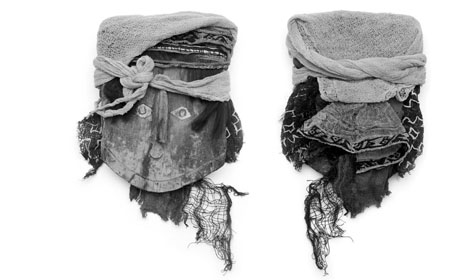 1680 | The Navajo Indians believe that Spider Man made the loom, and the skill of weaving was taught by Spider Woman. However the law of Unintended Consequences may also have been at work arising from Spanish religious intolerance, and a taste for violent repression of the Pueblo people of what is now New Mexico. This caused some of them to seek refuge with the Navajo previously seen by them as enemy raiders, and the evidence is that it was these refugees who either taught weaving to the Navajo, or at the least brought new elements to what became a very highly regarded weaving tradition. Its fi nest quality serapes are described as equalling “the delicacy and sophistication of any pre-mechanical loom-woven textile.“ Some Navajo legends in fact describe Spider Woman as a Pueblo woman, and in acknowledgement their weavers left a hole in the centre of each blanket like that of a Spider’s web, until early 20th century traders refused to buy them like this. The Spanish repression of the Pueblo people at a time of famine and disease began with Franciscan missionaries forbidding Kachina dances in which masks were worn representing the polymorphous Kachina spirit. They had orders to seize every mask, prayer stick and effi gy and burn them. This caused the fi rst wave of Pueblo émigrés in 1675 when four medicine men were arrested and three executed. Some were later released, amongst them Popé who is credited with organizing the successful uprising of 1680, the secret timing of which was coordinated by the use of knotted cords. A second rebellion in 1696 led to a prolonged and brutal repression organized by Diego de Vargas appointed as Spanish Governor for this very purpose. This caused a bigger wave of Pueblo seeking refuge with the Navajo.

In the years since the introduction of the North America Free Trade Agreement, drug-related killings have increased steadily. Since the 2006 start of President Calderon’s ‘War on Drugs’ the numbers have exploded. 45,000 since that date involving gangs, the army, and a variety of special squads. In the city of Juarez alone there were 3000 such killings in the year 2010. These figures are far higher than those in the occupation of Afghanistan. Violence is normalized so that the murders have become increasingly gruesome and theatrical in style. 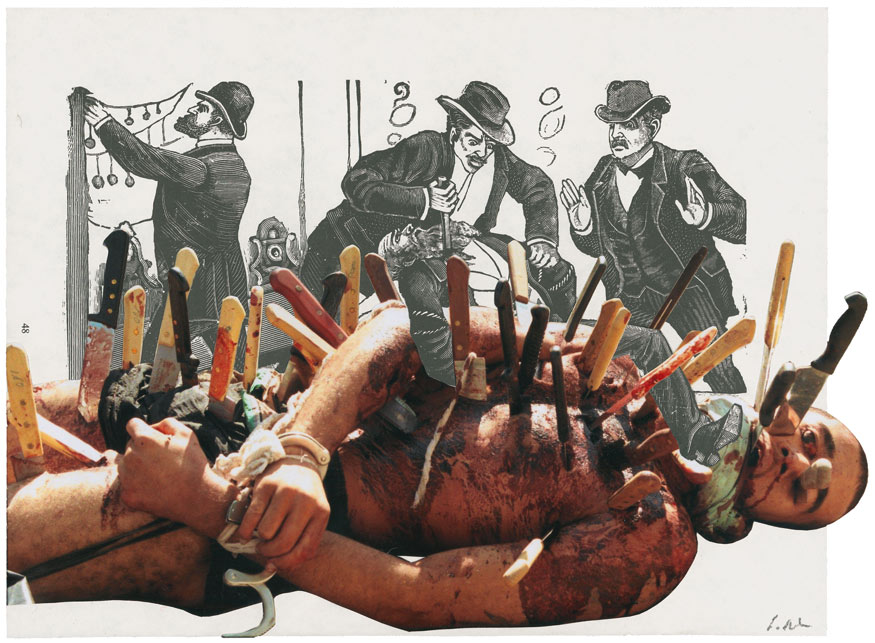