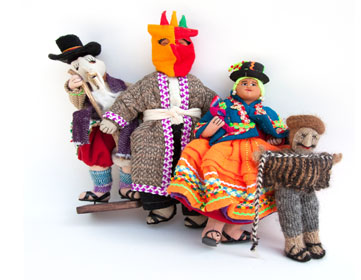 Indigo | “One hundred thousand slaves, Black or mulatto, work in sugar mills, indigo and cocoa plantations to gratify our newly acquired appetites…things unknown to our ancestors.” Voltaire, Essays on Morals and Customs, 1756. In the period from around 1600 the production of indigo dye from India, from where it had gone to Europe through the Middle East for hundreds of years, could not meet the demand for the bright blue and variations of colour it could produce. This meant that until British colonialism fi nally established a ruthlessly organised indigo industry there, its profi tability excited the colonialists of Spain, France, Holland and Britain in the ‘New World’ of the Americas. As early as 1609, the Spanish invaders required the Pipil Indians of the coastal plains of El Salvador to pick the wild variety of the plant as part of ‘tax obligations’, and were able to export 700,000 pounds of indigo from Veracruz to Spain. It declined in the mid-17th century because of a fall in the population due to illness that was in part caused by the toxicity of dye-processing in vats. At this point, and in the developing industry in Guatemala, this problem was recognised, and dealt with. African slaves as skilled labour with knowledge and experience of West African dye-making were bought to work the dye vats. They were also believed to less prone to illness while the indigenous Indians were shifted to fi eldwork. The French, despite banning the use of indigo in France itself, created plantations in San Domingue (modern day Haiti) and also used imported slaves. By 1775 when the dye had been legalized in the ‘home’ country, it was exporting 2 million pounds a year. As early as 1717 there were a hundred dye works, and fortunes made. By 1789 at the time of the French Revolution there were 1800 indigo plantations. This business collapsed as an unintended consequence of mulatto planters rebelling against all-white rulers. Both sides armed their slaves, hastening the revolution by the slaves themselves, a shock to rulers everywhere, a revolution still not forgiven by the West. The British, not to be left out, had invaded Jamaica in 1655 and 20 years later there were 60 slave-operated dye works there. Slowly, indigo gave way to sugar, an even more profi table slave economy, and the indigo business shifted to British controlled South Carolina, another business built on slavery. Hand- picked slaves who worked in the indigo-dye-houses of South Carolina in the mid to late 18th century when it was still British, were easy to identify; their hands were stained blue, and the dyeing process was as toxic as ever.“From fi fty to sixty hands work in the indigo factory; and such is the effect of the indigo upon the lungs of the labourers, that they never live over seven years. Every one that runs away, and is caught, is put in the indigo fi elds, which are hedged all around, so that they cannot escape again.” Contemporary accounts also show that when prices were high, indigo dyestuffs could be exchanged for slaves. A planter could ride to Charleston and exchange “indigo pound for pound of negro weighed naked.” The South Carolina bonanza in which fortunes were made and capital accumulated to be used in other business, came to end late in the 18th century by which time North America was independent, and the British had started organized capitalist production in India. It is in the spirit of that time and this view of humanity that the directors of IG Farben—the self-styled ‘Council of the Gods’, should have called their chemical plant at Auschwitz, designed to make dyestuffs as well as synthetic rubber, Buna-Werke. In 19th century Bengal buna was the name given to the men who worked in the indigo vats.

1944 | The bold working class urbanities of Cuzco, Peru, were the targets of the modernizing project of the 1920s and its moralizing tenets. The marketplace became the obsession of the social-cleansers, the marketsellers, the mestizas, and their so-called fi lthy appearances, a constant source of worry to the city rulers. They proposed banning the ‘vestido de castilla’, a colourful woollen skirt with which mestizas marked their identity as self-respecting and successful indigenous urbanities. To the elite male authorities, however, the skirt was a “favourite nesting material for bugs and fi lth of all sorts, a permanent carrier of bacteria.“ Instead of their usual dress, mestizas were to wear white, body-length aprons and short hair.

In 1944, the market women created the Sindicato de Mercados Unidos (United Markets Union), one of the most active and regionally important among the many unions of the city. Through their actions they became a symbol of popular classes` struggles. During a General Strike in the 1970s, which was called in response to a rise in the price of gasoline, and therefore of transport costs, six female market vendors kidnapped the opposing General Daniel Vargas Dávila. “They grabbed him by the neck, pulled of his military jacket and his hat, and urinated in it“ and forced him to negotiate an end to the strike.

“I can hardly believe it, it’s more than thirty years since I began to work with textiles. In fact, my God, it’s coming near to forty. It started this way when I was around 14 and I went with me my mother who is from the Andean zone, to the central part of the country for some reason I don’t remember, and in this little town I found a very large scarf, and I said, “this scarf must be for a gringo” because it was so big, three, maybe four metres. But then I think no, it’s impossible to use as a scarf even for a big guy. Anyway, I bought it and began to ask people how they wore it, and then I started collecting you know, with chuspas, the coca bags, then belts, the cheapest ones. The first things I showed, it was an exhibition in La Paz at the time of 150 years since the independence of the country and I showed two pieces, a wedding dress from Charasani and a dress for men from the Richu tribe, and can you believe it, they were the only two things from Indians in the whole show. And I was very happy that I’d done this but three or so years later I saw I had made a very big mistake because the manta covering the back was from my community, but the skirt was from another and the belt from another. It wasn’t the last mistake either. I was making trips into the country and these nice old people invited me to a fiesta, a thanksgiving and this old guy, Pedro Vargas was his name, says to me, “Waldo, you shouldn’t wear that chuspa”. And I said “Why?” because it was very nice and he says, “Yes, your chuspa is very nice, but this is a mourning piece, it’s not for a festival.” I was so embarrassed but I learned my lesson. For something to be nice, to be beautiful, is not enough and I said to myself, never again use a piece if you don’t know what it’s for.

This is part of what I’ve learned about weavings, which are not like making a shirt or pants where you cut the material. With those anyone can have the same idea but with a weaving it’s from inside you. First you have to ask permission from Pachamama, from all the Cosmos to make a weaving because you are bringing your own life into it, who you are, what you will do. All your feelings are in the weaving and for the weaver it’s alive like the woven bags are alive. Or it’s a record, a memory of the life which can be read. Not like you read a book in Europe because it is also something useful, like a woven table-cloth but at the same time it can be read. But of course we are losing many things because our young people, they don’t know any more, they don’t read them. And this is even now when the situation has changed, when it should be easier to be an Indian. Years ago, if you have an Indian name, if you looked like an Indian, it was very hard. The situation is better now, but not completely. For one thing the people are not appreciating their own culture enough. OK there are more Indians in the government. From the 1944 Constitution they said this is a multicultural country, but they make it in a folkloric way, because there is too much colour, too much story. That way the system is still using the Indians. Like the costume of Evo Morales, when he came to be President he didn’t go straight to the palace, no, he went to Tiahauanco and the people prepared a pre-Hispanic piece for him, a cap and an unku. But in those times before the Spanish you were using the unku naked. Not the other thing inside. They were trying, but they got it wrong. I don’t have anything against things being mixed in principal, it’s not that, it was always that people living in the altiplano had to come down to the jungle or the sea, they needed coca leaves or a boat or they were escaping Spanish taxes. And then the Inca were moving a lot, moving themselves and whole communities, we have Bolivian communities from Lake Titicata region living now in Salasaca, Ecuador. And in the past, from colonial times there was mix. Indians were prohibited to use their own dresses. Then they began to use all the Spanish dresses. But when they made the Indian ceremonies, revelations, they began to use some Indian dresses, because at those moments it’s very important. Still now, when they go to some celebration, some parade, I don’t know, what, que cosa, ah, yes it was when the people were asking, for change the constitution, the new constitution, and the people were walking from, very near and far, I don’t remember the city, and I was coming by bus from Cochabamba. Very far away from La Paz, we couldn’t come any further, and then we began to walk, yeah, and the people were walking, I don’t know 1 week, 10 days, I don’t know. But more Indians, with their own dresses, their music playing, it was very nice, and some people some people from La Paz were coming to meet them and all the people had the same polleras (skirts), but the polleras de balleta, the Indian polleras, the Indian materials, the Indian mantas (carrier cloth), the white hats, not the black hats from the cities, the men with ponchos, and when they arrived to the city I went to take photos, it’s very important to them, well they use the western dresses, but over the poncho, over the hat, when they come from the community. They come with jeans, but when they are near to arrive to the place, they opened their mochilas (backpacks) and they changed.”